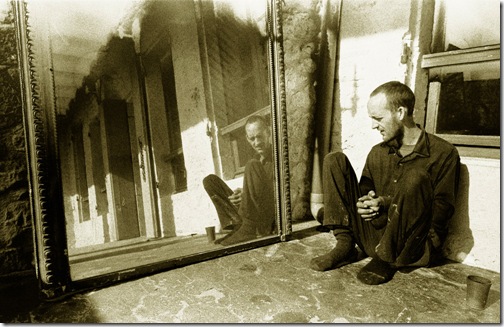 One of the problems of developing one’s own films is that there is always the chance you might mess up and lose all your work. Having spent a great weekend celebrating a mate’s 50th birthday at an amazing house in the heart of the French countryside I was looking forward to seeing how my pictures would look. The house was very old and very big. My friends, characters every last one of them (even Sancho the dog) made perfect subjects for photographs. I was hoping to see some really nice shots. 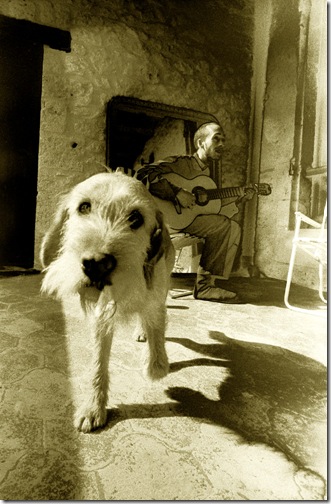 The film was duly developed, rinsed and then fixed. To my horror when I lifted the spool out of the tank I saw that the film was milky and not clear as it should be. The fixer must have died. As soon as I saw that there was a problem I put the spool straight back into the tank. It was only exposed to the light for a very short moment but I suspected it was long enough to ruin it. I was very angry and annoyed at myself. I mixed up some fresh fixer and fixed the film anyway on the assumption that one never knows. Always the eternal optimist. 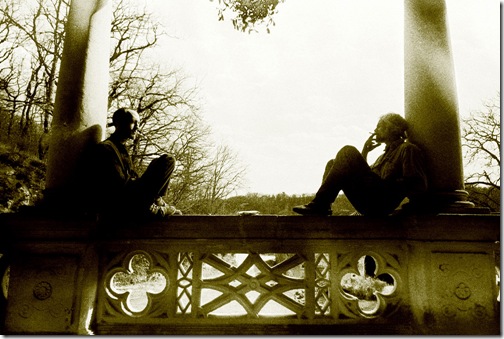 When I looked at the film it seemed that my worst fears were confirmed. The negs were completely black. I held one up to a strong light and saw that there was actually an image to be seen. Maybe I could get some prints from the film after all. Instead of the usual few second exposure, they required a few minutes but in the end I did get some interesting shots. In fact, I was amazed that they were as good as they were. 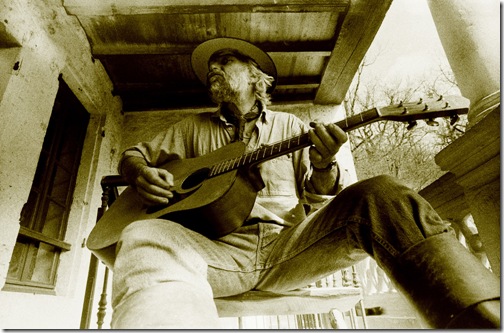 The prints all had a lovely grainy old look to them which really suited the subject matter and the only sign that something wasn’t quite right was some mild solarisation in places. Considering how black the negs were I was very pleased with what I got. I even have a feeling that the prints turned out better than they might have done had I not messed up the film.