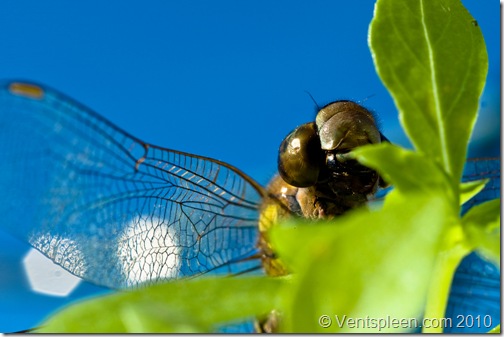 The Visoflex was a device manufactured by Leica almost 50 years ago. It enabled their rangefinder cameras to be converted to an SLR. Even today the Visoflex can still be used on the latest M cameras. I was fortunate to be donated one. I have been having a lot of fun with it ever since.

There are those out there who will laugh at the Visoflex because it must be said, it’s not the easiest or the fastest system in the world to use. That said it is very versatile and obviously robust since you can still find fully working examples for sale for a fraction of their worth although prices are rising as folk realise they can be fitted to the M8 and M9.

Leica made a few versions but I am only going to be discussing the Visoflex III version. The main difference between the III and other models is a very clever bayonet lock system that means the unit can be affixed to the body without having to first remove the prism assembly. This speeds things up a bit.

Having played with the Visoflex, I wouldn’t be surprised if Leica introduced a newer version along with some adapters so it can be used with more modern Leica lenses. It is quite brilliant and has great potential for image making, especially with the M8 and M9.

If you want to do macro work, like the photo above, all you need is the Visoflex housing and either a 35 or 50mm lens. Once mounted on the Visoflex these lenses will not be able to focus to infinity but they can be used for very close up shots. You need no other adapters or bits and pieces. 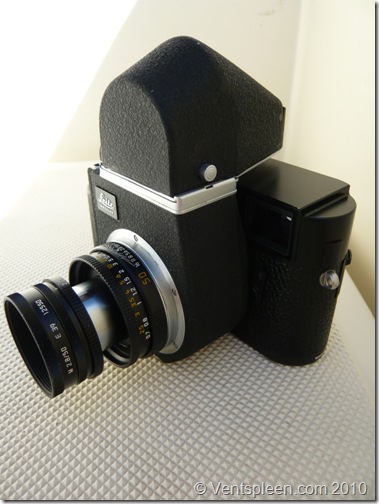 Here the Visoflex is attached to the M9 with a 50mm Elmar collapsible lens. The lens cannot be used collapsed or it would interfere with the mirror assembly inside the Visoflex. This set up is all you need for basic macro work. A 35mm lens can also be used.

If you want to do even more close up work, never fear, even that is possible with the use of the Leica Bellows. Here it starts to get a bit more complicated. The bellows attach to the Visoflex using the standard Leica bayonet mount but at the other end there is a screw thread so you’ll need an adapter that allows the mounting of bayonet Leica M lenses. (16596). 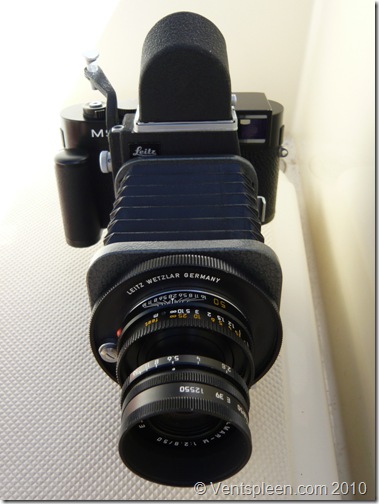 Here the Elmar 50mm lens is attached to the bellows and allows for awesome macro ability. The image is focused by rotating a knob which moves the bellows backwards and forwards. The quality of the mechanism is amazing and the bellows still work perfectly even though they are nearly 50 years old. Classic Leica build quality.

You’ll probably need a tripod to get the best results and there are two sizes of mount on the underside of the bellows. The Visoflex also has a tripod mount. However the bellows are light as is the Visoflex and although the whole caboodle is quite bulky it’s not as heavy or cumbersome to use as you might think. I was able to take perfectly excellent sharp shots using it hand held.

If you don’t want to use the Visoflex as a macro tool you can simply use it as an SLR. This is helpful with long lenses where the small rangefinder window makes focusing tricky. The lens I have is the Elmarit 135mm f2.8 with goggles. This lens can be used directly on the M9 and works perfectly well. If you want to use it on the Visoflex, the lens head must be unscrewed and attached to a short focusing ring adapter. (16462) 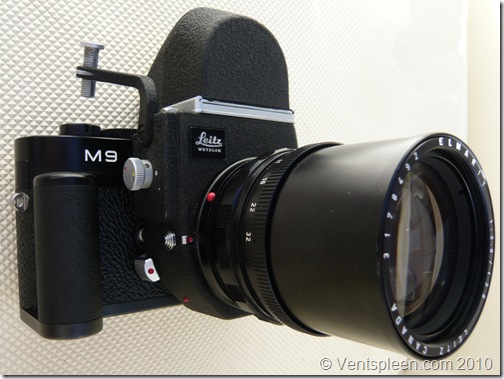 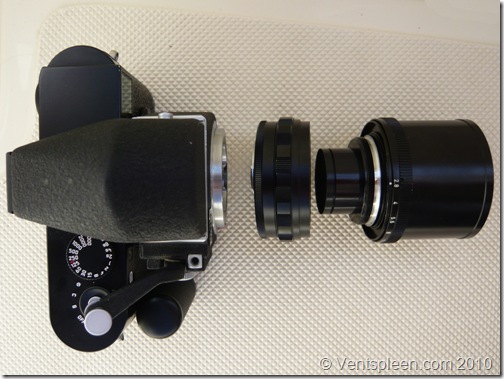 This shot shows the various elements that allow the Elmarit to be mounted to the Visoflex. The focusing ring attaches to the Visoflex using the normal Leica bayonet and the lens head (unscrewed from the rest of the lens with goggles) is screwed into the adapter. 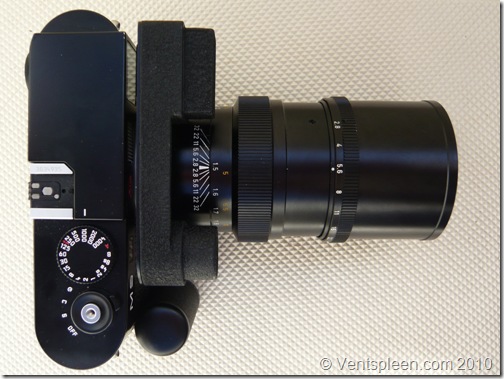 The Elmarit 135 with goggles attached directly to the M9. As you can see it is no longer than the Visoflex fitted with the adapter and lens head. Talk about choice. This lens cannot be fitted to the M9 with the added grip in place, that has to be removed and then replaced afterwards.

The Elmarit 135mm is a lovely lens although it is quite heavy. Once attached to the M9 using the Visoflex it is compact but heavy. No one would ever steal it from me, one clout around the head and they will be going straight to hospital!

By using adapter plate 16598 it is possible to use the Elmarit head with the bellows for a macro system with a surprising amount of depth of field.

There are a number of other lenses that can be used on the Visoflex but they are generally old lenses and each one needs it’s own adapter plate. This is the most confusing aspect of the Visoflex. Leica even made lenses up to 800mm which can be used so that makes the M9 a very versatile camera being able to take Leica lenses from 16mm to 800mm!!! If you want to learn more, there are plenty of other sites with all this sort of info.

The Visoflex III. It weighs 480 grams. The shutter release is adjustable so that the mirror kicks up at the right time. The position of the shutter release on the M8 and M9 is slightly different to earlier M cameras but the very slight offset is no problem and the camera works fine. A soft touch button screwed into the M9 shutter release would be a good idea.

The round knob on the side has three positions. Yellow is the fast action setting, where the mirror ‘clacks’ up at high speed. The black setting is much slower and is used for long exposures where camera shake might be a problem. The red setting lifts the mirror up. This is also the setting used for storing the Visoflex.

The lever on the bottom is for locking the Visoflex to the camera body. The red dots are lined up, the Visoflex inserted and then the lever is lifted up to lock the unit to the body. This means that the prism assembly does not need to be removed beforehand. The prism can be removed by sliding it backwards and it can be replaced with a vertical viewer if required.

Conclusion: Brilliant fun and actually surprisingly effective. Makes the camera a bit bulky and heavy but the versatility gained makes up for this. The added weight reduces camera shake. The ground screen has no prism and isn’t very bright. This can be solved by fitting a new glass available from http://www.brightscreen.com

Use as a SLR with lenses from 65mm to 800mm or as a macro camera with no need for adapters with any 35 or 50mm lens. Add bellows for stronger magnification. A crazy system that has many merits despite it’s ‘clunkyness’ Whatever you might think about the Visoflex system, the bottom line is that it can produce stunning images and at the end of the day, that’s what photography is all about. N’est pas?