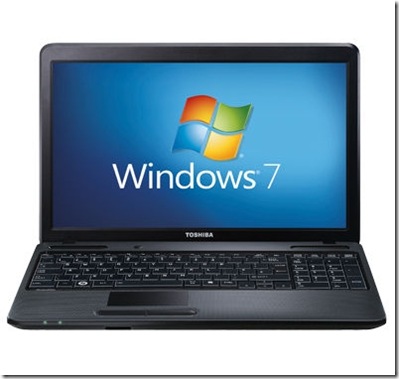 Oh dear. What a disaster. I know it wasn’t expensive but that’s no excuse to make something so awful. My previous laptop was a Toshiba and that was very well made and reliable so I stayed loyal to Toshiba in the misguided belief that their newer computers would retain all that I liked about Toshiba. Sadly I was to be disappointed.

First, the good stuff. It booted fast and worked quite well as a computer (when it wasn’t crashing that is). Battery life was good. That’s about it actually.

This laptop looks cheap in it’s patterned plastic attire. That is because it is. There is no LED to see when the hard drive is busy, you just have to trust it is working. The on off switch is temperamental and sometimes wouldn’t allow the computer to boot up at all. Constant hard pressing usually did the trick.

The worst fault is it’s propensity to crash. The Blue Screen of Death is something you had better get used to if you’re using this computer. Sometimes just putting in a USB memory stick or an SD card is enough to set it off. It really hates my wireless adapter.

The screen, although bright is an awful colour and very tiring to look at for some reason. I tried to adjust it but nothing I did made much difference. The reds are RED, it’s just hideous. The screen also lacks detail. At first you think it’s not bad but then looking at pictures with dark areas you can see clumps of pixelated areas which look like JPG artefacts but are not. Looking at the same image on another screen reveals plenty of detail and no clumping or artefacts at all. Nasty.

This laptop is flimsy. The screen broke when the lid was opened and flexed slightly. So now it is useless. The mouse is horrible and most often just doesn’t work. You move your fingers over the pad but the cursor doesn’t move. It’s really frustrating. No amount of adjustment could stop this happening. Incidentally, I have never before had this problem on any laptop so it’s not me giving out heebie Jeebie vibes.

The position of the track pad is not good. The whole thing is too far to the left, I suppose so that the number pad could be placed on the right. Personally I found the number pad completely unnecessary and totally annoying but that is not really the fault of the computer. I suppose people want a number pad these days even if it means squishing up the rest of the keyboard to fit it in.

The right hand side of the track pad has a built in scrolling device but because the track pad is so badly positioned I found myself operating it all the time by accident. There was no option to turn it off.

There are only two USB ports which is simply not enough and the volume control is operated by the use of the function and F keys which is annoying if the room is dark and the volume needs turning down quickly.

The biggest surprise was when I went to complain to Toshiba. Their website had broken links which made it impossible to contact customer support. So instead I emailed every one of the email addresses on the site I could find and eventually someone wrote to me. They told me that they had nothing to do with problems with their computers, I had to speak to the shop where I bought it.

This is ridiculous. For a start, what if I was in another country and the shop I bought it from did not have a shop in the country I was in? Worse is that I don’t see how Toshiba can ever hope to improve their products if they are not seeing the problems of their customers. Worst of all though is that it is a complete cop out. I will never buy anything from a manufacturer who won’t stand by their product. Quite clearly Toshiba are not interested in their customers or what they have to say. All they want is your money.

On their site, you can read their big words about social and corporate responsibility but it’s clearly just nonsense. Anyone who can make such a cheap and nasty computer cannot claim to be offering something sustainable. It is made to be used briefly and thrown away. I got 4 months out of mine. Not really very good for the planet. I have had to buy another computer to replace it. Not very sustainable is it?

That is what it proudly claims on its site but their refusal to take responsibility for its products makes a farce of their first statement and the fact that they even sell such a cheap, nasty and flimsy computer in the first place makes a mockery of their second statement. You can learn a lot by trying to contact a company’s customer service. I learned that Toshiba don’t stand by their products and are not interested in my comments about their products either. I won’t be buying from them again.