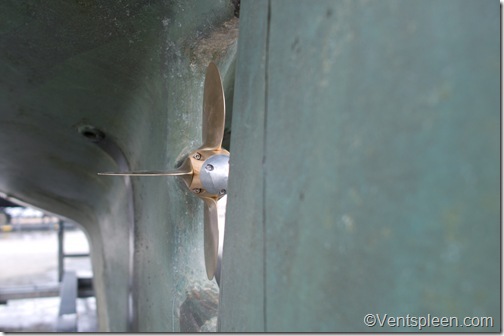 Finally got to fit the new prop that had been sitting around so long I was considering nailing to a bulkhead for all to admire. After all, this prop is a beautiful thing. German engineering. What more do you need to say? Of course it is expensive, anything made with quality materials and machined to a high standard is always going to cost more. It is a shame though that now it’s fitted no one can see its beauty.

This cannot be a full review as the prop has only just been fitted and only used for a relatively short time but I have used it enough to be able to report on its character and operation  when fitted to a Dana 24. 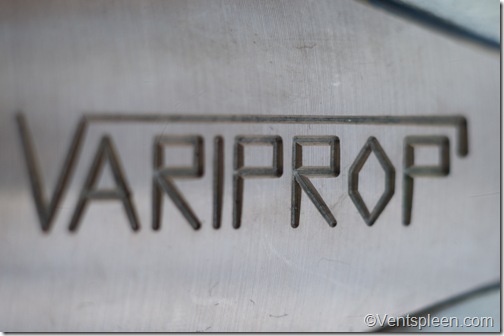 Beautiful engraving on the prop body. Leica M9 and Visoflex

The first prop was the original 15” 2 blade prop as fitted by PSC. It worked ok going forwards but couldn’t stop the boat at all and that’s no good in a crowded marine with a wayward 4 ton boat! Next up was the kiwiprop which all said and done was a disappointment. You can read more about what I thought of that here.

Unhappy with the Kiwiprop it seemed that the only way forward was to stump up for a 4 blader prop. The idea being, with more area, pitch can be reduced to stop cavitation and the dia. reduced to keep the blade tips further from the hull. In theory it should also be smoother and more powerful than a three blader.

Fitting the new prop was easy as it comes completely preassembled and greased up ready to fit. The pitch (which is adjustable) was pre set by the factory. The nut is tightened and a couple of locking screws hold it there. Then the anode is fitted. job done. 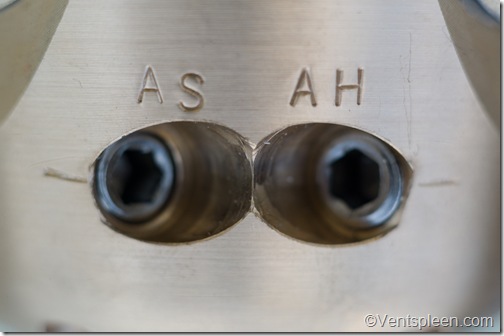 The pitch adjustment situated at the boat end of the prop. Pitch can be adjusted as little or as much as you want and as all blades are linked, they remain always in perfect alignment.

The first thing I noticed when we motored away from the quay was a hefty bias to the helm. If I let go the tiller, the boat turns to the right fairly dramatically. This is no problem as Dave the autopilot can deal with that but I am surprised how strong the pull is.

This prop is so much smoother than the Kiwiprop. probably because there are more blades but also because each blade is electronically balanced at the factory. You can feel the difference. Vibration has been seriously reduced and the annoying way the tiller used to ‘wobble’ when motoring has disappeared.

Although the pitch was supposed to set at the factory so that the engine will produce max revs at hull speed, the best revs I can do are 2900 leaving 700 rpm I can’t use. However this is how I prefer to set the pitch anyway as it means much lower revs at cruising speeds. At 2000 rpm Doolittle now does 5.3 knots and at 2200 it does 5.6 which is very good. 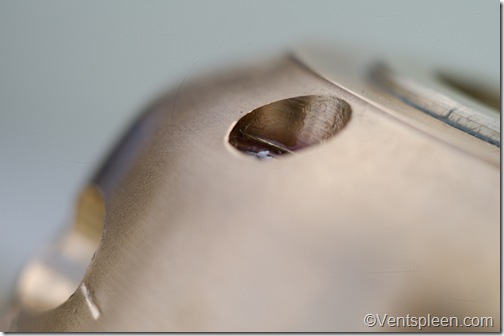 It’s early days yet but for some reason the new prop seems to make the engine more economical. I will confirm this after a few fill ups.

Sea trials revealed a strange noise at high revs. It sounds like a twin engined prop plane taking off. Quite odd. However even flat out the engine now sounds like it is running well and smooth even if it is revving high. Before I never liked to run the engine at high revs with the Kiwi as it felt unpleasant with the vibrations and roughness.

Naturally I tried a crash stop from top speed and here the Variprop got confused. I am sure the blades rotated into reverse position but for some reason they have no bite for a moment or two and seem to thrash the water with much noise and vibration but little effect. Once the blades bite however the boat stops well, though not as well as the Kiwiprop, who’s stopping power is awesome as the pitch is set so course in the astern position.

Of course I can try adjusting the pitch in astern but I think I will live with it for now and see how i get on. Sometimes the excessive pitch on the Kiwi overloaded the engine so at least if the pitch is finer now the engine can always produce the power needed without effort.

I have only had the occasion to manoeuvre the boat in a marina once so far but I had no trouble getting in and the prop did exactly what I needed it to. The neighbour even commented saying ‘that was very neatly done’. Well, I do have a lot of practice moving boats but having a prop that does what you expect it to do is very helpful.

Prop walk has been almost eliminated which may interest many people. Personally I like a bit of prop walk, I find I can spin the boat in tighter confines. Maybe if I adjust the pitch in reverse I can get the prop walk back. I’ll keep you posted on that later.

Sailing seems the same as the Kiwi. Drag is practically non existent as far as I can tell. Although it has 4 blades to the Kiwi’s three, they are very fine whereas the Kiwi’s blades are quite fat. When sailing, you need to stop the shaft spinning in order to get the blades to feather. With my engine, I just put the gearbox in astern with the engine off. Once the prop stops spinning, the blades feather easily.

There is still some noise between 1600 and 2000 rpm but as other Dana owners have reported cavitation noise at similar revs it must be due to the shape of the hull and the prop aperture rather than the prop itself. I may be able to reduce this some by setting a finer pitch. However it is still much quieter than the Kiwprop installation was on my boat.

When engaging forward gear there is a clattering noise that can be heard, give the engine just a few revs though and it passes quickly. It does not do this in astern. I wrote to Variprop to ask about this. They tell me that it is quite normal. What I am hearing are the plates of the built in shock absorber which is always compressed in astern. Fair enough. So long as I know what it is.

Going from forwards to astern or back again is very smooth and quiet, obviously the shock absorber is doing its job.

Not a cheap product but I believe you get what you pay for and the Variprop is no exception. It is beautifully designed and made. With its large blade bases it should last for many years.

It is easy to adjust the pitch forwards or aft. It is quiet and smooth in operation. It works very well in both directions and has very little drag when sailing.

Maintenance is a simple greasing job annually and a change of anode. the anodes cost about 35€ each which is expensive compared to other props.

The only down side is that clatter when you engage forwards but as this is not a fault of the prop and it soon passes, it’s not really an issue.

A lovely bit of kit.