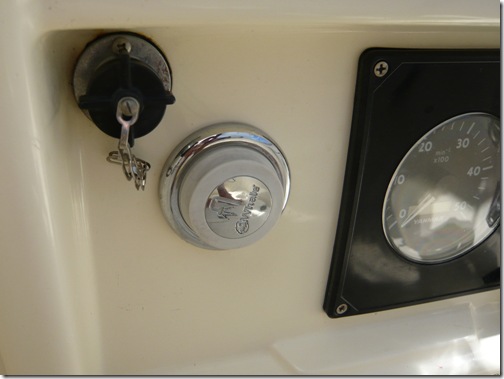 Since I hate making holes in my boat I was delighted when Whale brought out their twist shower. What makes it different to most showers is that all the mechanism is in the shower head itself. This makes for a much smaller and simpler unit than all the other types on the market. I would only have to drill one small hole.

The Twist is delivered with two mounting options, the one you see in the picture above is the most compact. The other is a 45 degree option but the housing is far bigger and no where near as neat as the simple option. It is supposed to be mounted on a horizontal surface but because the head has a snug fit it doesn’t seem to mind being mounted vertically.

I’ll be honest, the Twist has been a big disappointment. On the plus side, it is very neat and indiscrete but I’m sorry to say that that’s about the only good thing I can say about it. It’s quite clear that Whale have not thought clearly about this product and they certainly didn’t test it properly before they put it on the market.

The first unit I had was awful. So awful in fact that I wrote to Whale who admitted I must have somehow received an early prototype unit. In fairness to Whale, they did send me a new unit very quickly.

The second unit was better in some respects. Whale had at least solved the problem of the head dripping water even after it had been switched off. This was solved by adding a plastic insert inside the head to reduce the volume of water in it.

This one lasted about a year before it started dripping. Again, Whale were very prompt in sending me yet another replacement.

The Twist is a lovely idea in theory but in practice it’s not very good at all. The water comes out well, too well in fact. Most sailing boats try to conserve water wherever possible but the Twist is super greedy and one cannot turn the pressure down by simply opening the tap less because of the way the unit works. 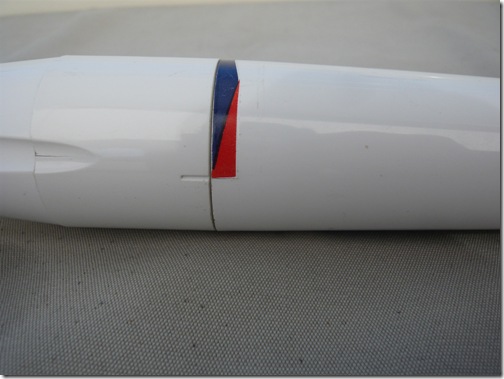 This picture shows the twist fully open on maximum heat. If you don’t mind a cold shower you can open the tap only slightly and thus reduce the pressure. However this is not very practical really.

The worst thing about the Twist (and here is the proof that no one tested it properly) is that you cannot turn it on or off with soapy hands because the unit is made of smooth shiny plastic! If you keep the Twist running when you shower all is well but with the amount of water it uses it can empty a 150 litre tank in just ten minutes! Any shower on any boat should be able to be turned easily on and off to conserve water. I would have thought this was obvious.

To solve this problem I stuck some non slip plastic to the head but this only brought to light another annoying problem. How to regulate the temperature each time. The action of the Twist is smooth. There are no markings on the unit, nor any kind of indent system that you can ‘feel’.

If you wet your hair, turn off the Twist, soap up and then turn on the Twist to rinse off, you will either be shocked by cold water or scolded by hot as it is impossible to find the same place on the temperature scale without some kind of tactile system to guide you. Fine if you have your eyes open but one doesn’t always keep one’s eyes open when shampooing! On top of this is the sensitivity of the heat control. Just the tiniest movement will dramatically change the temperature. All the while you are mucking about trying to get a good temperature you are wasting many litres of valuable water unnecessarily.

These problems could all be easily solved. I suggest a rubberised or ribbed surface that would enable the Twist to be used with soapy hands. A shower that cannot be operated with soapy hands is frankly ridiculous and possibly dangerous.

The Twist uses too much water. In order to reduce this and conserve water aboard, small inserts with varying sized holes could easily be supplied with the unit and fitted in line at  the connection to the water system.

Perhaps a simpler solution would be to simply have an additional button that needs to be pressed to release the water after the temperature has been set. This would be the most effective way to save water. If this was incorporated in the Twist, most of the previous improvements mentioned would not even be necessary although they would still be welcome.

I did write to Whale and they thought these ideas helpful and they promised to use some of the ideas in future models. However I now find that they now have no intention of upgrading the Twist despite what I was told. I find this a shame as it’s a great idea but poorly thought out. In fact we hardly use the Twist when we are sailing as it uses just too much water even though I installed my own reducing plugs to reduce the pressure. But even with less pressure it still uses too much water because it takes so long to reset the temperature each time one turns it on and off.

Seems a bit stupid really. I have installed an expensive shower in the cockpit that I can’t use because it’s such a poor design. As I said earlier the Twist is a big disappointment.

Despite hardly being used I was disappointed to discover that the white hose is becoming discoloured. The last one did this too but it was more regular, now I have a patchy discolouring all along the hose.

If I had to rate the Whale Twist I would give it just 3 out of ten and it only scores so highly because of its discreet mounting. If I knew then what I know now, I never would have drilled a big hole in my beautiful boat to fit it!