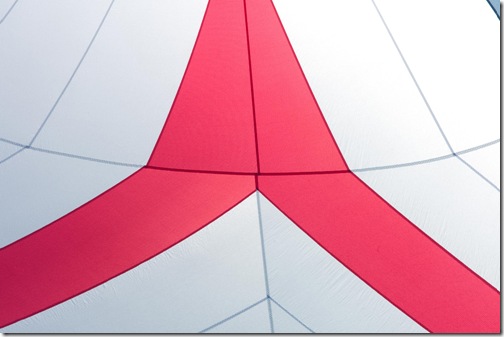 If you’re looking for a decent asymmetric spinnaker then you could do a lot worse than the Momentum range of off the shelf sails. They are very well priced, largely one assumes because the sails are of set sizes so you simply choose the one with the luff length that corresponds with that of your boat.

The colours are fixed which is a bit pants really but if you don’t mind the dark blue edges, white interior and red centre section these sails have a lot going for them. I paid about £600 for a sail with a luff of about 33 feet which fits just between the tack fitting on deck and the mast head. It’s important that the sail you buy is as big as possible yet you must be able to get the luff of the sail tight for windward work. 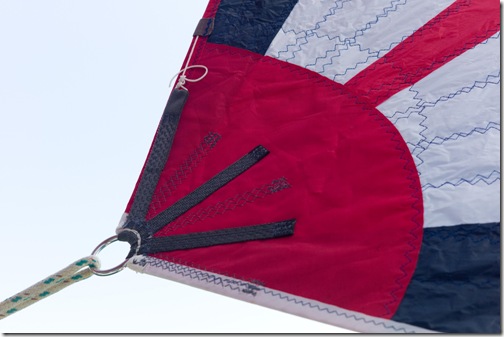 The sail is very well made with excellent stitching throughout, not one jumped stitch that I can see. Even the webbing that holds the rings at the head, tack and clew have soft fabric sewn over their ends which is a nice touch and better than a sharp cut off edge. The luff and leech have adjuster lines and they are colour coded red and green. The head is white, the clew red and the tack green. So it’s easy to put it up correctly. There’s also the name on the bottom so you have no excuse for getting it wrong!

The sail shape is very good and the sail works very well. With the luff pulled up tight it’s possible to sail to about 60 degrees (apparent wind) which is not bad for a spinnaker although there is quite a lot of heeling moment but this is to be expected. When full of air, there isn’t one crease in the sail. 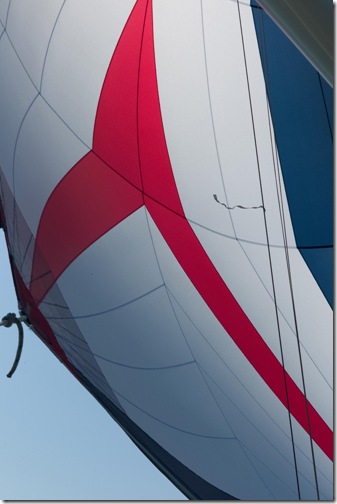 When not hard on the wind it pays to let the halyard off a bit. This tips the head of the sail away from the mast where it can catch more wind. The luff has a slight S shape so there’s slightly more area at the top of the sail. With the halyard eased off it’s possible to run downwind at about 150 degrees. Any more than this and the sail becomes blanked by the mainsail. It works best with the wind on the beam. 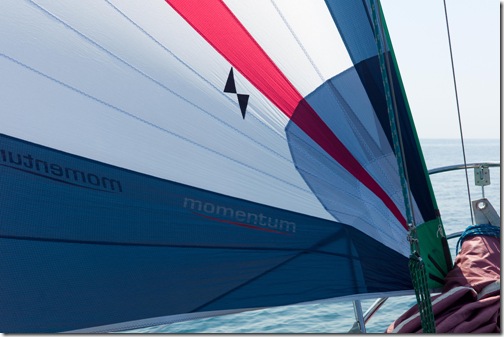 Apart from the colour scheme that personally I don’t like (I’d prefer a simple one colour sail) this is an excellent sail at a superb price. It was delivered with a free sac which was elaborately made although much too large for my small boat. I soon gave that away preferring to stuff the sail into a normal sail bag which is much more compact and easy to stow. 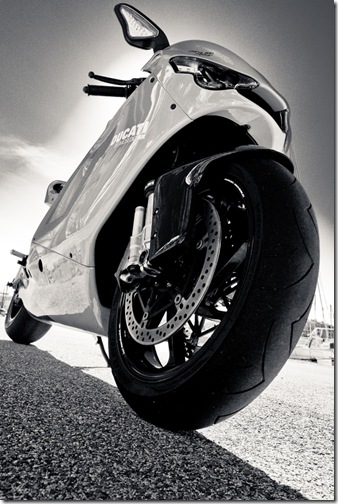 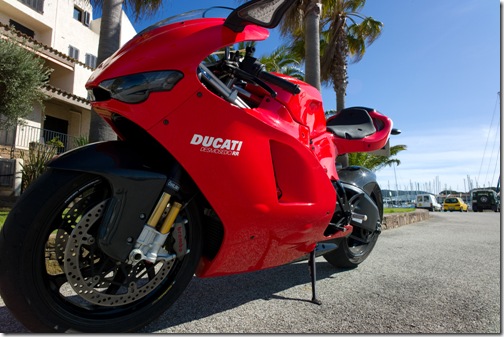 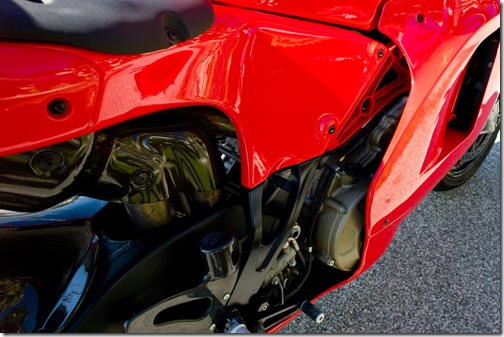 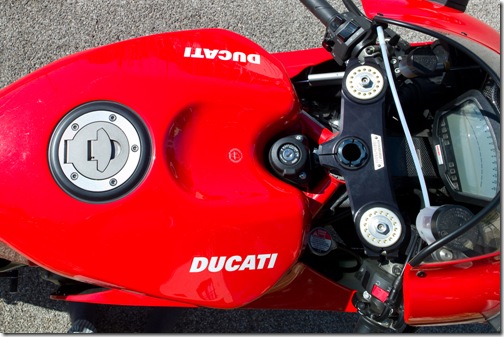 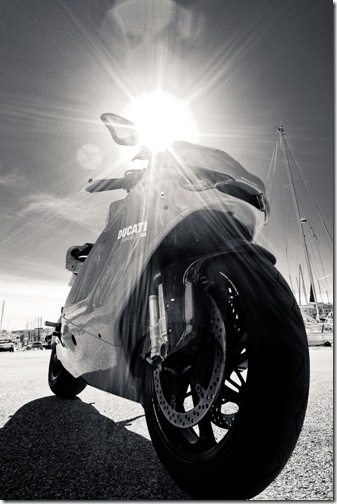